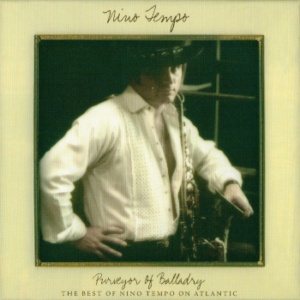 Okay boys and girls, prepare yourselves. Jerry Osborne will interview Nino Tempo on a very special Class of… show on Wed, May 16, 1-2pm during the KPTZ Spring Fund Drive.

Nino will talk about the hits he had with his sister, April Stevens, as well as the countless sessions on which he played sax and/or piano. Of special interest are his many sessions with Phil Spector and the legendary Wrecking Crew.  You do remember that 2008 documentary, don’t you?

The photo here is from his new (2018) CD album Purveyor of Balladry, and we will have the radio premier of three tracks from that collection on the show.