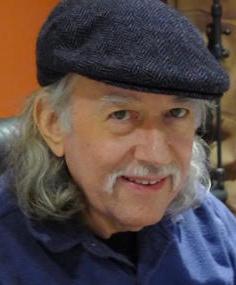 After almost six years at the helm of the Thursday afternoon’s Dream City Jukebox, our esteemed colleague Ray Schroff is ending the program to pursue other adventures.

Ray was one of KPTZ’s original crew of disc jockeys starting in May 2011 when the station first began broadcasting and, except for a brief break in 2013, he has regularly produced his show featuring jazz and ethnic music every week. Ray has always presented music devoted to more than just casual listening. The program also aired music from Africa, Latin America and many other places and styles that was infrequently broadcast in North America.

If all goes well, Ray may return to KPTZ in the future to present a late evening program devoted to a more relaxed or free-form style. He is also considering creating a show devoted to serious modern classical and jazz composers.

Ray is currently doing sound for the Olympic Music Festival. Aside from that, he intends to spend more time enjoying life with his charming wife Nancesca and working in his home studio.

Everyone here at KPTZ thanks Ray for his many years of service to the station and wishes him well in all his continuing endeavors! Great job Ray!