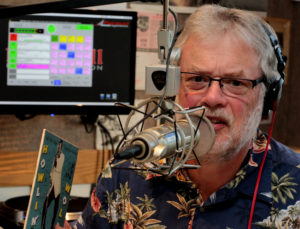 Barney Burke has been hosting the Friday Night Blues since KPTZ’s first broadcast in 2011.

But after 290 broadcasts, he’s taking a sabbatical until 11 November 2016 because he’s running for re-election to our local public utility, Jefferson PUD. “It’s a good rule for radio and a good rule for elections,” Barney said of FCC regulations on broadcasters who run for public office.

As you can see in this photo, Barney is a fan of Howlin’ Wolf, but he plays all kinds of blues from Delta to Chicago and acoustic to electric, and yes, eclectic. He welcomes feedback and suggestions at [email protected] 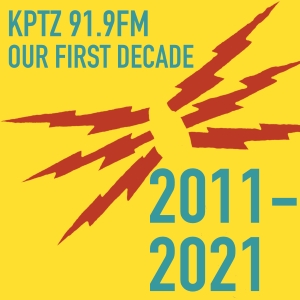